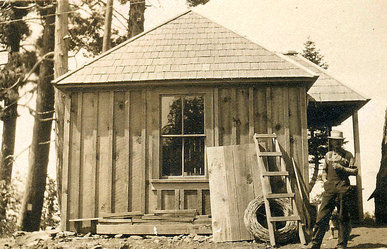 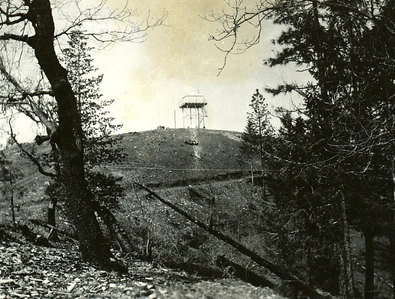 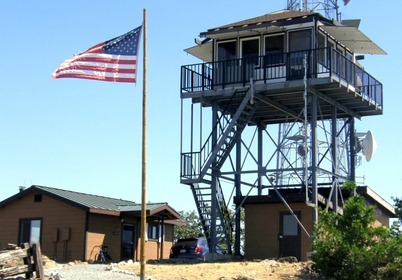 August 2009
Ron Kemnow photo
September 15, 1911:   "Two alarms of fire were turned in by Big Hill lookout yesterday, but investigation showed that there was nothing to the report.  It is believed that the smoke which the lookout saw was caused by campers who were using green wood with which to build a fire to cook upon."   (Sacramento Union)
July 15, 1916:  "W.W. Martin and family left Wednesday for Big Hill, on Silver Creek, where Mr. Martin will be located this season as lookout for the Forest Service."  (Mountain Democrat)

July 27, 1994:  "The U.S. Forest Service lookout destroyed by the Cleveland Fire in 1992 is in the process of being rebuilt, and the new cab was hoisted onto the tower last Wednesday morning." (July 20)  (Mountain Democrat)